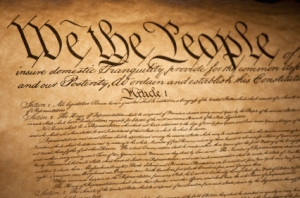 Dissent is fundamental to democracy.  Or so we claim.  Until such dissent makes us angry or uncomfortable.  Then we yell at the dissenter to shut up; better yet, we denounce him or her as a traitor to … well, whatever fits.

But responsible criticism of the actions of one’s government is not disloyalty; rather, it’s often a form of higher loyalty, a loyalty to the ideal of freedom of speech as well as the ideal of organized political action.  The alternative is “My government, right or wrong.”  And who wants that, except for government leaders and their lackeys?

The USA and Israel claim to be democracies.  Yet in difficult times, dissent is often suppressed, and dissenters painted as disloyal.  Recall the aftermath of 9/11 in the USA, when those who questioned the rush to war against Iraq were painted as naive peaceniks (at best) or as dupes of Saddam Hussein or even (at worst) as supporters of Al Qaeda.  That was the mentality of Bush and Company, a Manichean “you’re either for us or against us.”  And look where that got us.

Sorry, I’m not “for” a government and its leaders.  I’m “for” the US Constitution and our essential rights and liberties, including the right to dissent from my government when I believe it is wrong.

Today, the debate on Israel and Gaza is similarly heated.  Those who risk expressing sympathy for the Palestinians often get painted as supporters of Hamas and terrorism.  Jon Stewart showcased this mentality on The Daily Show here.  Similarly, David Harris-Gershon wrote a telling article with the meaningful title, “Empathizing with Gaza does NOT make me anti-Semitic, nor pro-Hamas or anti-Israel.  It makes me human.”

It almost goes without saying that Stewart and Harris-Gershon are Jewish. Indeed, Harris-Gershon’s wife was seriously injured by a terrorist bomb in Israel, an ordeal he wrote about in his book, “What Do You Buy the Children of the Terrorist Who Tried to Kill Your Wife?  A Memoir of Jerusalem.”  That they have to fight against the charge of being “self-hating Jews” or enemy sympathizers says much about the suppression of dissent by authoritarian elements in Israel as well as the USA.

Look: The situation in Gaza is highly inflammatory.  As an organization, Hamas is quite obviously dedicated to launching rockets against innocents and building tunnels to launch terrorist attacks.  Few people can blame Israel for wanting to stop the rocket attacks and destroy the tunnels.  But honest people in good faith can definitely disagree with how the Israeli government is going about it.

Let me close with a comment from a Jewish friend.  He wrote to me with grave concern about Israel’s actions in Gaza.  What he said resonated with me.  He said that the Israeli government’s actions in Gaza were betraying a fundamental core value of Jewish identity.

You may agree or disagree with him.  But is it too much to ask that we take his concern seriously, without denouncing him as naive or misguided or calling him a self-hating Jew or even a traitor?

Update (8/4/14): Call it “dissent” or call it “gumption” (the word Andrew Bacevich uses below): We need it when the experts are marching in lockstep in the pursuit of bad policies, as they did with the Tonkin Gulf Resolution in August 1964 that enabled the disastrous escalation of the Vietnam War.  But let Bacevich tell it:

“It takes gumption to question truths that everyone “knows” to be true. In the summer of 1964, gumption was in short supply. As a direct consequence, 58,000 Americans died, along with a vastly larger number of Vietnamese, Cambodians, and Laotians.

“After 9/11, similar mistakes — deference to the official line and to the conventional wisdom (“terrorism” standing in for communism) — recurred, this time with even less justification. The misbegotten Iraq war was one result. Yet even today, events in Syria, Ukraine, and elsewhere elicit an urge to ‘do something,’ accompanied by the conviction that unless troops are moving or bombs dropping the United States is somehow evading its assigned responsibilities. The question must be asked: Are Americans incapable of learning?”

We’re especially incapable of learning when those few who dare to question the wrongheaded policies of our government are painted as malcontents or traitors.