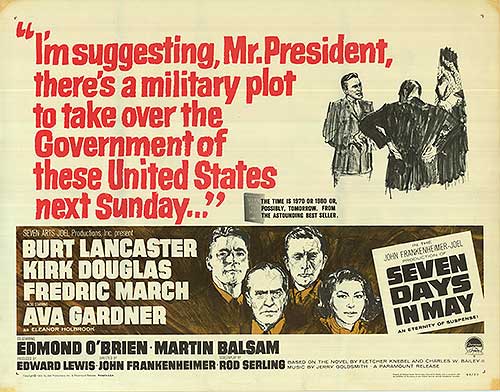 Who needs a military coup?  Remember when the U.S. was founded on civilian control of a citizen-soldier military?  Those were the days.  The point is not that Kelly-Mattis-McMaster constitute a military cabal; it’s that there’s no rival civilian authority at the upper regions of Trump’s government.  Is Steve Bannon going to rein in the generals?  He fancies himself a military strategist in his own right.  Should we place our faith in Congress?  How about Jared and Ivanka?  Prospects for less bellicose policies are indeed looking grim.

Our clueless president, after all, professes love for “his” generals while acclaiming the WWII generals George Patton and Douglas MacArthur, two soldiers who were not known for their deference to civilian authority.

Again, who needs a military coup?  As the real U.S. military budget soars above a trillion dollars a year and as the U.S. State Department is sidelined and gutted, the future of U.S. foreign policy seems clear: More and more “kinetic” operations, together with more and more brinksmanship with Iran, North Korea, and possibly Russia and China as well.

With generals in the White House and the DoD running the show, advised by another general on the National Security Council, enabling a president whose patience and knowledge base are as thin as his skin, the prospects for catastrophic miscalculation and war loom ever larger.

Update (8/2/17): Speaking of Congress, here’s Senator Lindsey Graham on the appointment of retired Marine General John Kelly as White House Chief of Staff: “The Marines can do almost anything,” Senator Graham said. “The Marines have landed at the White House. They have a beachhead.”

And that’s a good thing, Senator?  In a military dictatorship, perhaps …

4 thoughts on “Who needs a military coup?”