President Trump has selected Army Lt Gen H.R. McMaster to be his new National Security Adviser. McMaster is a “warrior” and a true believer in military power, applied intelligently, that is. He has been highly critical of political power brokers in Washington, DC, and wrote a book on the mishandling of the military during the Vietnam War. Back in 2013, he wrote an article for the New York Times, an article I critiqued in the following post. McMaster, intelligent and well-read, nevertheless is defined by his military experience, seeing “security” as something to be attained through the savvy use of power by warriors like himself. 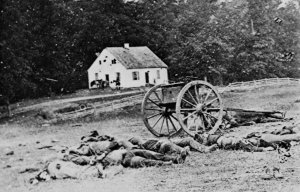 War is political, human, and chaotic. Who knew?

In the New York Times on July 20, Major General H.R. McMaster penned a revealing essay on “The Pipe Dream of Easy War.”  McMaster made three points about America’s recent wars and military interventions:

1.  In stressing new technology as being transformative, the American military neglected the political side of war.  They forgot their Clausewitz in a celebration of their own prowess, only to be brought back to earth by messy political dynamics in Afghanistan, Iraq, and elsewhere.

There’s nothing inherently wrong with these points, or in the general’s broad lesson that “American forces must…

11 thoughts on “The U.S. Military’s Limited Critique of Itself Ensures Future Disasters”