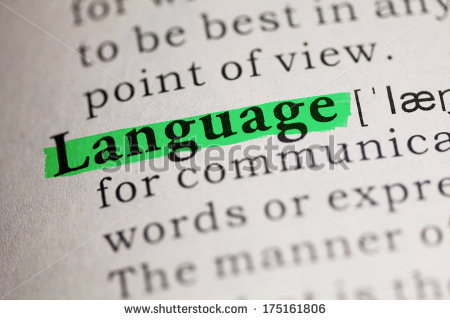 The language of war fascinates me.  I was reading President Obama’s response to Donald Trump on whether Obama “gets it” when it comes to the threat of terrorism and came across this passage:

“Someone [Donald Trump] seriously thinks that we don’t know who we are fighting? If there is anyone out there who thinks we are confused about who our enemies are — that would come as a surprise to the thousands of terrorists who we have taken off the battlefield.”

That’s such a curious phrase: “terrorists who we have taken off the battlefield.”  As if the United States has simply evacuated them or relocated them instead of killing them.

I think the distancing effect of air power has something to do with this euphemistic language.  The U.S. military “takes people off the battlefield” rather than killing them, blowing them up, and so on.  Obama’s personality may also play a role: a rational person, he’s been compared to the Vulcan Mr. Spock from “Star Trek” in his coolly logical approach to war.

Perhaps that coolly rational side, and not his preference to avoid terms like “radical Islamic terrorism,” is what gets Obama into trouble.  Many Americans would prefer more directness, more passion, even though such directness and passion is often the approach of posturing chickenhawks.  Consider the language of Bush/Cheney and all their blustering about “wanted, dead or alive” and “the axis of evil“ and “you’re either for us or against us.”  Bush/Cheney talked as if they had just walked off a Western movie set after a gunfight, but both avoided the Vietnam War when they were young men, with Cheney famously saying he had other, more important things to do with his life.  (Bush flew in the Texas Air National Guard, apparently gaining a slot after his father pulled some political strings.)

So, what should Obama have said in place of “we’ve taken them off the battlefield”?

Why not be honest and say something like this?  “I’m well into the eighth and final year of my administration, during which I’ve approved drone strikes and air raids that have killed thousands of suspected and confirmed terrorists.  Sure, we’ve often missed some targets, killing innocent people instead, but hey — war is hell.  I’ve approved Pentagon budgets that each year approach $750 billion, I’ve overseen the U.S. dominance of the international trade in weapons, I continue to oversee an empire of roughly 700 overseas U.S. bases.  Some have even called me the assassin in chief, and they’re right about that, because under my command deadly drone strikes have increased dramatically.  Meanwhile, we’ve already made some 12,000 air strikes against ISIS/ISIL.  So don’t tell me, Mr. Trump, that I don’t know who the enemy is.  Don’t tell me I’m not willing to murder terrorists whenever and wherever we find them, even when they’re U.S. citizens and teenagers.  Don’t tell me I don’t get it.”

Those words would be honest – though they’d really just scratch the surface of the Obama-led efforts to secure the “Homeland.”  But instead Obama speaks of “taking” terrorists “off the battlefield,” cloaking his administration’s violent actions in a euphemistic phrase that would be consistent with angels from on high coming down to lift terrorists off the battlefield to some idyllic oasis.

Odd, isn’t it, that so few Americans criticize Obama for his murderous actions in overseas wars, but so many will criticize him for not bragging and boasting about it.

In these over-heated times, the chances of a third-party challenge with substance are somewhere between nada and nil.  In the United States in 2016, war and weapons sales and imperial expansion will continue to find a way, even as our leaders cloak their violent actions using the most anodyne phrases.

I’ve written several articles about the United States and creeping militarism (see here and here, for example).  This should be obvious, but I’ll say it again: Calling attention to the militarization of American society is pro-democracy, not anti-military.  Indeed, back in the citizen-soldier era of my father, being “gung ho” for the military wasn’t even applauded within the military!

As one veteran wrote to me:

When I was in the military, being “gung ho” was not considered a compliment by most of my friends… Of course we were not professional military types, just taking our turns to do our duty. We remembered the American soldier epitomized by Bill Mauldin as “Willie” and “Joe” who fought successfully against the German Army and the Japanese fanatics…The popular war movies of WWII after the war usually pitted the austere, indoctrinated Nazis fighting to demonstrate the Nazi superiority against the average American citizen soldier. Remember the movie “Battleground”? Today the images of our Army uncomfortably remind me of the way the German superman was portrayed that we overcame.

As America today celebrates its “superman” warriors (one soldier recently called this “the age of the commando”), our country neglects these same men and women when they leave the military, often with crippling physical and psychological wounds.

As another veteran wrote to me:

[There is a] disjunction between the cult of military hero-worship in American society and American ignorance of veterans’ problems.  I am continually disgusted with those who are pimping off the mystique [surrounding our troops] who don’t deserve any special regard for their military service.  And a final but important point: many combat vets, knowing full well the realities of combat and its effects on combatants, do not want to be thanked at all [by the public].

America’s militarism both feeds and draws support from our endless wars.  The war on terror has been ongoing since 2001.  So too the war in Afghanistan.  Iraq keeps getting more chaotic.  Miscalculation in Syria could lead to World War III.

Speaking of future wars, just look at the rhetoric of our more popular political candidates for president, to include Donald “bomb those suckers” Trump and Ted “carpet bomb” Cruz.  Chickenhawk politicians are nothing but opportunists.  They may be leading the war charge, but they know they’re backed by a society in thrall to military spectacle (as represented, for example, by pom-pom shaking cheerleaders in skimpy camouflage outfits).

Unstinting praise of America’s “warriors” and “heroes” is reinforced by feel-good corporate/military advertising.  Recall Budweiser’s “welcome home” party for an Army lieutenant that aired during the Super Bowl a couple of years back.  Or red-white-and-blue Budweiser cans to “honor” the troops on July 4th.  “Saluting” the troops with colorful beer cans – really?

Signs of militarism USA are everywhere.  Police forces with MRAPs and similar tank-like vehicles.  Colleges and universities jostling for “defense” funding (even bucolic campuses want those war bucks).  Popular games that glorify military mayhem, such as the “Call of Duty” video games.  Even mundane items like camouflage headsets for NFL coaches.

It’s time to end the madness.  Paraphrasing Dwight Eisenhower, only Americans can defeat America.  Constant celebration of all things military is not a recipe for victory.  But it is a surefire recipe for the end of democracy.