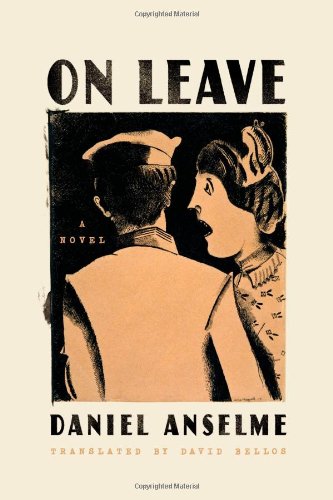 Recently, a good friend gave me a copy of Daniel Anselme’s “On Leave,” a book published in 1957 in the early stages of France’s war in Algeria, which ultimately ended in France’s defeat and Algerian independence in 1962.  A novel, it follows three French soldiers on furlough in and around Paris and their desperate (and mostly failed) efforts to reconnect to home prior to returning to a brutal war.

The main themes are disaffection and disorientation.  The gulf in understanding between the soldier-conscripts and their families and the wider public is simply too wide to be bridged.  Instead, the soldiers find comfort in drink, women, and especially in each other. Having relied on each other in war, they come to rely on each other again in the short downtime they have from its brutalities.

What struck me forcibly was the indifference of France to the soldiers.  We see a similar indifference today in the U.S., despite all of the “support our troops” rhetoric. This “support” often is, as the saying goes, a mile wide but only an inch deep.  Another similarity between then and now is the gulf in understanding between what the soldiers know about war and what the people think they know. The soldiers know the horrors; the people only know a few talking points.  Back then it was about upholding the honor of France; nowadays in the USA it’s about fighting them (the terrorists) over there so we don’t have to fight them here.

For the troops, it’s always the same cause: preservation.  Survival.  Saving oneself and one’s buddies.

One soldier gives an electric speech about “when will it end.” How many men is France willing to lose in its attempt to hold onto some smidgen of colonial glory? How long will the wars in Africa go on?  His speech made me think of our own, seemingly endless, wars.

All three men in this story — a sergeant, a corporal, and a private — are unwounded physically from war.  Yet all three are psychological casualties.  War and atrocity has already inflicted a serious toll, as all three suffer some of the less obvious costs of war and extended military service (broken marriages, family arguments and estrangement and resentment, guilt at not being able to conform to family expectations, a growing sense of fatalism).

Recognizing a lost cause, French President Charles de Gaulle eventually smartened up and pulled out of Algeria.  But the U.S. today doesn’t have leaders of de Gaulle’s grit and smarts to recognize a losing hand. So America’s wars just grind on and on.

“On Leave” is a fine book.  Would that it were on President Obama’s summer reading list, or on Hillary’s or Trump’s.  They could all use a heavy dose of reality about war’s futility.