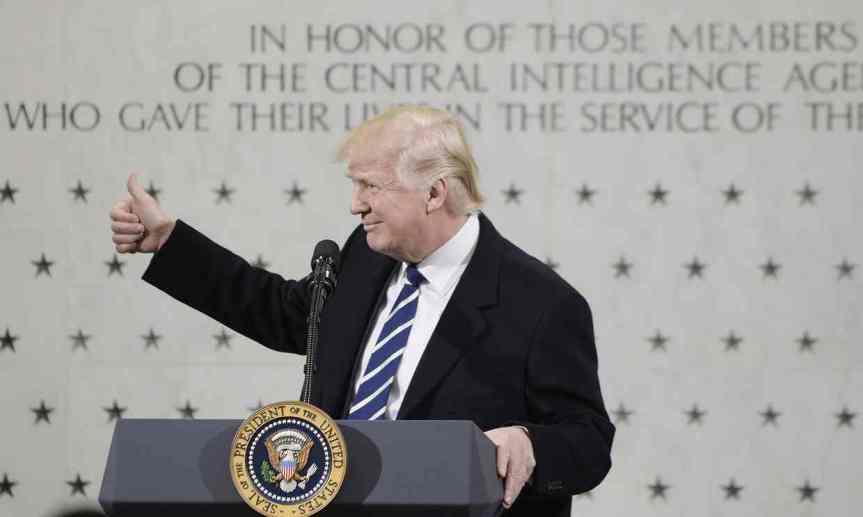 Yesterday, I caught President Trump’s speech before the CIA.  As he stood before the wall of honor, surrounded by the stars on that wall that represent those who gave their lives for their country, Trump deviated from his prepared comments to boast about how many times he’d appeared on the cover of Time magazine.

Here’s what he said: I HAVE BEEN ON THEIR COVER ABOUT 14 OR 15 TIMES. I THINK WE HAVE THE ALL-TIME RECORD IN THE HISTORY OF TIME MAGAZINE — IF TOM BRADY IS ON THE COVER, IT’S ONE TIME. I’VE BEEN ON 15 TIMES. I THINK THAT’S A RECORD THAT COULD NEVER BE BROKEN.

Really, President Trump?  You’re giving a speech before members of the CIA, and what comes to mind is the number of times your own mug has appeared on a magazine cover? And you’re doing this in front of the CIA’s wall of honor, which, according to your own words, is “very special”?

Whatever one thinks of the CIA and its history, one thing is certain from this speech: America has elected an appallingly tone-deaf and callous narcissist as its 45th president.

3 thoughts on “Trump, Time Magazine’s Narcissist of the Millennium”