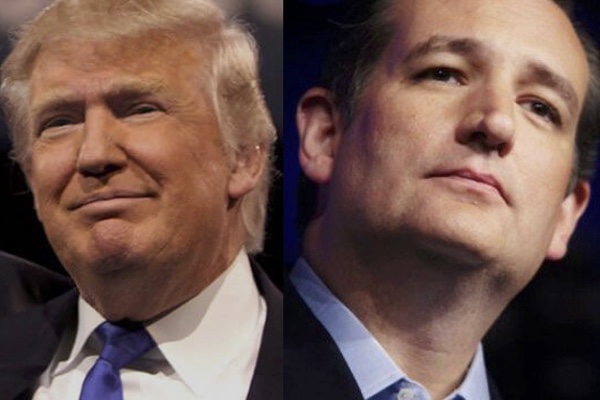 To hear Republican candidates like Donald Trump and Ted Cruz talk, almost any act of violence is justifiable to defeat the enemy. Trump talks of torture, far worse than waterboarding, and total destruction. Cruz ups the ante, speaking of carpet bombing and making the sand glow, apparently via nuclear weapons. Both appear to treat the enemy as inhuman.

Sadly, for America this is nothing new. Just read Bernard Fall on America’s war against Vietnam. In an article for Ramparts (“This Isn’t Munich, It’s Spain”), Fall wrote late in 1965 that the American military strategy in Vietnam was based on massive killing through overwhelming firepower:

The new mix of air war and of land and seaborne firepower in Vietnam is one of technological counter-insurgency — if you keep up the kill rate you will eventually run out of enemies. Or at least armed enemies. Of course, the whole country will hate you, but at least they won’t resist you. What you will get is simply a cessation of resistance — an acquiescence in one’s fate rather than a belief that your side and your ideas have really prevailed.

In other words, America sought to bludgeon the Vietnamese into compliance, rather than winning their hearts and minds through ideas or ideals.

“But what I really fear most,” Fall continued, “is the creation of new ethics to match new warfare. Indications are that a new ethic is already being created, and such influential men as former Secretary of State Dean Acheson have begun to provide its intellectual underpinning.”

Fall cited a speech at Amherst College in 1965 in which Acheson declared:

The end sought by our foreign policy . . . is, as I have said, to preserve and foster an environment in which free societies may exist and flourish. Our policies and actions must be decided by whether they contribute to or detract from achievement of this end. They need no other justification or moral or ethical embellishment. . .

To keep the free world free, America was justified to do anything it desired, irrespective of ethics and morality. Acheson’s words in 1965 have become the essence of U.S. foreign policy today as advanced by men like Trump and Cruz. In short, the end (a “free” society) justifies any means (torture, carpet bombing, perhaps even nuclear weapons) to preserve it.

Fall went on to cite a Pastoral Letter from French Cardinal Feltin in 1960 during France’s war with Algeria. In that letter to French military chaplains, Cardinal Feltin noted:

Too often in the past as well as today, U.S. foreign policy has taken leave of natural and divine law. The ends do not and should not justify the means, especially when the means (torture, carpet bombing, and the like) contravene the end (a “free” society based on ethical and moral principles).

Rather than posing as protectors of the free world, people like Trump and Cruz should admit their own amorality. They should admit they see the world as a brutal place, occupied by brutes, and that only by slaying those brutes in a brutish way can America preserve its dominant position as chief brute.

Doubtless many of their followers would still salute them for this view. But more reflective souls would see the honesty of Pogo’s famous insight that “We have met the enemy and he is us.”